Shopify vs WooCommerce – Which ecommerce platform is best for you?

By Ash Bhattacharya August 16, 2018 No Comments

Shopify vs WooCommerce; as an e-commerce platform, which is better?

Being a novice, WooCommerce or Shopify: which will be more profitable for me?

Yes of course! Even we used to scratch our heads when we first had to choose the best platform to build an e-commerce business.

Both WooCommerce or Shopify are user-friendly, ‘anything-to-sell’, multiple payment gateways with integrated billion-dollar e-commerce helping-hands that allow every aspiring online business owner to sell practically anything commercially sellable with their own domain name.

Before starting, let’s look at the preliminary points that you should keep in mind while choosing the perfect e-commerce site for your business:

Let’s get to know each platform a little better and look at the factors which differentiate them:

So, from these comparisons, it is apparent that, even though Shopify and WooCommerce belong to the same genre, there are some subtle distinctions that will make a big difference for the user:

Pricing is probably the one single thing where we CANNOT compare these two behemoths. Shopify is a standalone platform and WooCommerce comes as a wordpress plugin packaged with envious features. Shopify and woocommerce have a different pricing strategy as explained below.

Shopify works as a complete one-stop solution for online e-commerce businesses. For hosting, domain, theme charges, extensions and SSL certificates, as well as the service charge, Shopify charges you a fixed amount monthly. All you need to do is ‘sign up’ and, as per the package you’ve chosen, you will have your very own brand new and complete e-commerce site.

Shopify offers three types of package: $29, $79 and $299. The SSL certificate is free and included with each site.

Unlike Shopify, WooCommerce is not a platform, just a WordPress plugin. There are two things free here; and these two are also the most prominent: the WordPress blog and the WooCommerce plug-in. You will need to buy the rest: the hosting, theme, domain and SSL certification.

Nevertheless, to have complete features of Woocommerce at your disposal, one needs to upgrade their plan.

WooCommerce hosting charges start from $5 to $100 per month and the SSL certificate costs $100+ per year via a 3rd party.

Though the WordPress blog and plug-in are both free with WooCommerce, WooCommerce and Shopify both cost more or less the same in the end.

When it comes to design, Shopify and WooCommerce have distinctly different approaches.

Shopify has 54 different themes including both paid and free ones. Only ten of them are free. However, the free themes won’t restrict the user as each of them come with different variations and customization options. You will be able to see that these themes are clearly distinct and superiorly developed.

Shopify does a very good job here; they have outsourced the entire design task to some of the best designers in the market. And the difference; as we previously said; clearly shows in the quality of each of the themes. All the themes are very much mobile responsive and come with sleek, easy-loading and aesthetic designs. One more added advantage is that all the Shopify themes are very easy to change or customize, even for those that are not experts!

In sharp contrast to Shopify, WooCommerce, being plugin developed and acquired by the WooThemes and Automattic guys respectively, does not possess any specific theme or design of its own. Therefore, the design will be in accordance with the WordPress theme you will be using at that time.

It’s true that WooCommerce does not come with pre-loaded themes but it is compatible with most of the themes available on the contemporary market that align with standardized development recommendations.

This decision actually depends on your present situation and the vision of your business. If you already have a WordPress site and you’re running it pretty well then just adding a WooCommerce plug-in will, of course, be a better option for you. If you are starting your business from scratch, an all-in-one package like the one Shopify offers would be a better option for you. 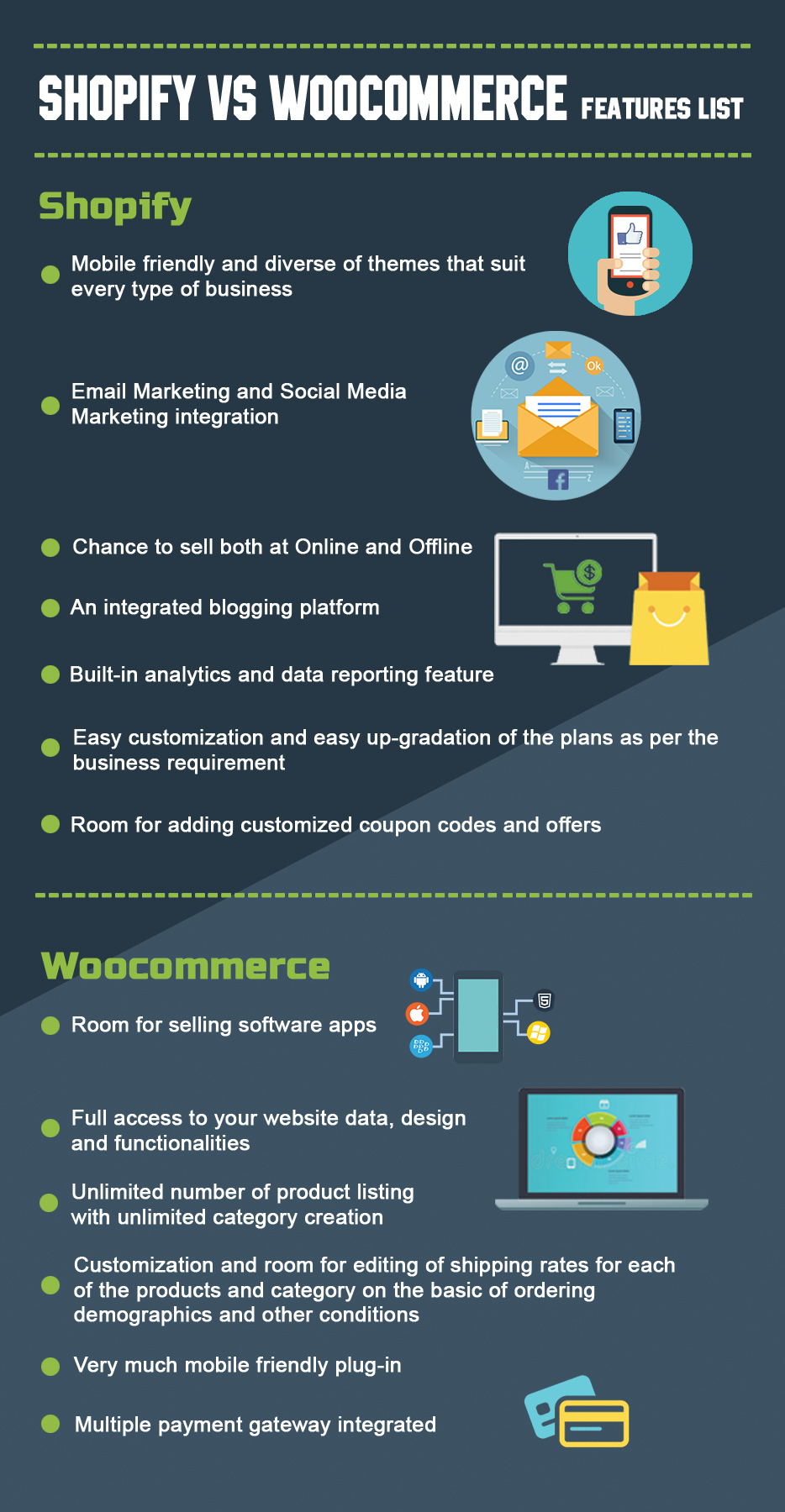 Shopify comes with comprehensive features. Some of the features of Shopify are:

No heavy application, no unnecessary features, WooCommerce is famous among its users for its simplistic, lightweight user experience.

A few of the main features of this comprehensive plug-ins are:

Both these options come with cutting-edge technology and contemporary specifications. Deciding on a platform will depend more on what you’re comfortable with: a complete application or just a light plug-in.  Both are overloaded with features, trust us!

Ash is an Australia based Digital Marketing leader helping Entrepreneurs, Startups and Businesses of all sizes, inject immediate cashflow into their business by generating more leads and sales.

the GrowthLABS Australia is a Registered Business name belonging to DATTA CORP PTY LTD (ABN: 84625581848). Please review our Disclaimer, Privacy Policy and Terms of use for further details.